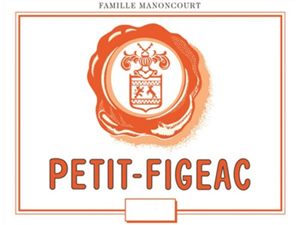 Château Figeac has produced a second wine since 1945. Previously known as "Grangeneuve de Figeac" it was re-named Petit Figeac in the 2012 vintage and is made only from grapes grown in the Figeac vineyard. With the Figeac estate planted approximately one third each Merlot, Cabernet Franc and Cabernet Sauvignon, this wine is essentially a blend of the juice that doesn't fit the blend of the grand vin each vintage rather than being from a lesser terroir.