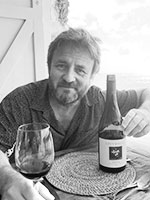 Stephen Browett is the Chairman of Farr Vintners, the world’s leading wholesaler of fine wines. He had the great fortune to be born in the magnificent 1959 vintage and has spent his whole working life in the wine trade starting off as the van driver for La Réserve in Knightsbridge in 1980. Stephen joined Farr Vintners in 1984 and became a Director in 1985.  His main responsibility is for buying Bordeaux but he also has great knowledge of the wines of the Rhône Valley and Burgundy. He is married with four sons and lives in South London. Stephen is also one of the owners of Crystal Palace Football Club.

In January 2018 Stephen was made a Chevalier de l’ordre du Merite Agricole by the French Ambassador to the UK. 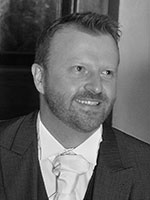 Mark joined the team in August 2010 as Sales Manager and was appointed to the board of directors in 2011. Having initially developed an interest in wine at university, Mark then refined and developed his taste which led to eight years at Berry Bros. & Rudd. Starting in the Berrys' shop, Mark progressed to the position of Commercial Manager before joining Farr Vintners. His taste is eclectic but if he had to choose, he would focus on the wines of Piedmont and California, as well as the up-and-coming wines of Spain and Portugal. Outside of work, music and sport are keen pastimes, as is the consistently frustrating hobby of following Watford Football Club. 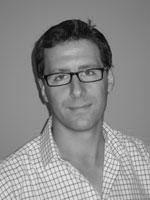 Oliver joined Farr Vintners in August 2008 and twelve months later joined the board of directors. Having discovered an interest in wine whilst travelling the world, Oliver returned to start his career stacking the shelves of Bottoms Up before moving to Berry Brothers & Rudd in 1999. Nine years at Berry Bros. saw Oliver progress through the ranks to the the role of Fine Wine Manager and Bordeaux Buyer before finally moving to Farr. Oliver specialises in the great wines of Bordeaux although has an insatiable passion for the rare gems of Bourgogne and top German Riesling.

Outside of wine he enjoys rugby although today, sadly more as a spectator than a player. In place of rugby, he's still determined to achieve on the sports field and hopes in the future to reduce his golf handicap down from the dizzy heights of 24. Oliver is married with a young son named Jasper and daughter named Charlotte. 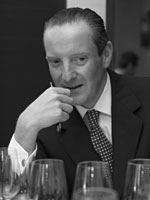 A Director of Farr Vintners, Tom has had over 20 years experience in the wine trade producing wine in the Rhône, Bordeaux, Burgundy and Australia before joining Christie's Wine Department where he was Head of Department and an auctioneer. At Farr Vintners his time is divided between sales and purchasing with a particular focus on Bordeaux, Champagne and Vintage Port. Tom can usually be found in Brighton at the weekends and often in the sea! Other interests are cricket, books, art and indie music.

On August 16th 2008, Tom became only the 973rd person in history to swim the English Channel. And, on July 9th 2009, he swam from Europe to Africa in 3 hours and 34 minutes, setting a new British record time.

Joss joined the wine trade in 1997 after a couple of years’ seasonal work in Burgundy, starting on the shop floor at Nicolas in Marylebone High Street.  He has a deep knowledge of the fine wine business, having worked in sales, buying and marketing across the fine wine trade for more than twenty years. He joined Farr Vintners in November 2020, joining the board of directors in 2022.

An accomplished and experienced taster, he has been tasting Bordeaux from barrel since the 2000 vintage, and has sat on the Southwold tasting panel since 2014.  Bordeaux aside, he has a particular weakness for red and white Burgundy, the wines of Piedmont, and vintage Port. 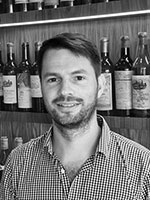 Alastair joined Farr Vintners in 2007 after arriving from Auckland, New Zealand. Prior to this he had been working for one of NZ's leading fine wine and en primeur specialists. He became interested in wine at university and that passion led him into a career in the wine trade. He is responsible for looking after a mixture of private clients and key trade accounts. Dealing with a diverse range of customers from all over the world gives him an in-depth understanding of what’s going on in all aspects of the fine wine market. Outside of the French classics which Farr specialise in, Alastair is a fan of Piedmont, German Riesling and is particularly passionate about the wines of New Zealand and northwest Spain. 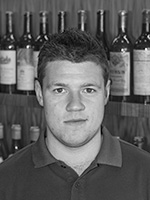 Ben joined Farr Vintners in 2016 after studying for a degree in International Business Management at Oxford Brookes where he was a member of the Oxford Wine Circle. After leaving University he worked in the buying office of one of the UK's leading clothing retailers. He worked at Château Latour during the 2011 harvest and at Kumeu River during the 2012 harvest. His favourite wines are from the Bordeaux region as well as Germany and New Zealand. Ben's role at Farr Vintners is Customer Reserves Manager and he is responsible for assisting customers with managing their wines that the company stores on their behalf. Farr Vintners currently holds approximately £360 million worth of wine in storage for its customers around the world. Ben can advise customers on their portfolios and the best time to drink or sell their wines. 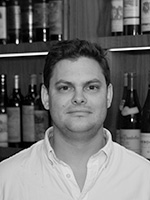 Henry joined Farr in March 2012 having come late to the industry, first treading the path of Estate Agency then Corporate Finance before finally succumbing to his passion. He began in 2009 in the cellars of Haynes, Hanson & Clark before moving onto the shop floor of The Huntsworth Wine Company where he developed his love of fine wine. He enjoys the great wines of Bordeaux and Burgundy, has an ever increasing interest in the wines of Piedmont and serious weakness for German Rieslings. Outside of work Henry is a keen motorcyclist, loves cooking and enjoys watching all sports, particularly Football (Chelsea) and Rugby (Bath). 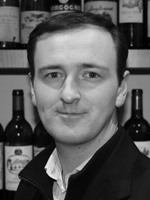 Like many in the wine trade, Paddy cut his teeth with Majestic Wine. Starting as a trainee manager, Paddy was quickly promoted to Senior Manager of the Salisbury store. There, he developed a passion for the finer wines in the shop and started to develop his love for Bordeaux, Burgundy, Champagne and Riesling. He is now also enjoying the delights of Tuscany, Piedmont and Northern Spain. Besides wine, Paddy has a love for the countryside, which has derived from his rural upbringing and a degree in Agriculture and Business Management. Paddy enjoys most sports – especially going to the races, anything water related and can often be found standing in the river Blackwater (Ireland) with a fly rod. 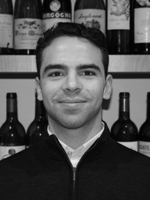 Thomas Chaumet joined the trade nearly four years ago by mistake having walked into a wine shop looking for a bottle and coming out with a job.  Chaumet is French and believes that it makes sense that he speaks the language of wine.

He is the newest member of the Farr Vintners team, joining us after two years on the shop floor at Lea & Sandeman.  Like all of us here he is a fan of classic claret and he has a soft spot for the Côte de Beaune, spicy Rhône reds and Champagne.

Outside of wine he is an armchair supporter of Fulham FC, a keen cricketer and golfer, and spends as much time as possible fly fishing. 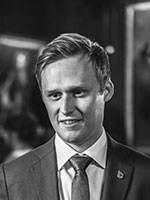 Thomas joined Farr Vintners in 2011 following an undergraduate degree in French at Oxford University, where he was a Committee member of the Oxford University Blind Tasting Society in 2010 and competed in the Varsity blind tasting competition in 2011. In 2015, Thomas won the Derouet Jameson award for high achievement in his WSET Diploma to aid his enrolment and study for the Master of Wine course in 2016. He became the world’s youngest Master of Wine in 2018 after passing all three stages of the examination at the first attempt. Thomas is still a keen blind taster, and outside of Bordeaux drinks lots of Syrah from the Northern Rhone and further afield. Outside of wine, Thomas plays poker, golf, and runs, completing his first marathon in 2014. He is also a season ticket holder at Crystal Palace Football Club.