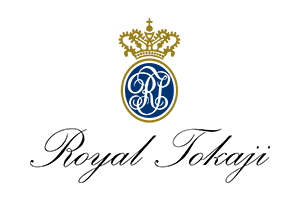 The 2008 Essencia from the Royal Tokaji Company comes hot on the heels of the all-conquering 2007 Essencia. One thing that should be impressed upon you is that when it comes to "wines" of such high residual sugar levels, it is easy to come away with the impression that they are all very similar. To a degree... But there is no question in my mind that the 2008 is cut from a very different cloth than the 2007. So for sure, we are still talking about a wine with 468.8 grams per liter of residual sugar compared to 560 grams per liter for the previous vintage. This is a much more tensile and elegant Essencia compared to the 2007. The word that springs to mind is nimble. In fact, when I served it to some winemakers in Hong Kong, they were surprised how fresh such a wine could be, expecting more unctuousness, and it is the 13.5 grams of acidity per liter that drives it along. It is also higher in alcohol than the 2007, although at just 4.2% you are more likely to pass out from sugar overload before alcohol poisoning. To reach that figure, apparently the fermentation spontaneously stopped and started over an eight-year period until this year. I guess they reach a point where the exchange of sugar for alcohol just ain't gonna go much further! As in other years, it comes in a special lacquered presentation case with glass spoon. This is not an ornament. Essencia does taste far better when imbibed via spoon rather than a regular glass. You just get more of the flavor, whereas in a normal glass, too much just sticks to the sides. Whilst I might just have a preference for the sheer outrageousness of the 2007 Essencia, the 2008 is an intriguing follow-up that demonstrates how this elixir can give pleasure in such a different manner.

97
Neal Martin, Wine Advocate, November 2016
Please note that these tasting notes/scores are not intended to be exhaustive and in some cases they may not be the most recently published figures. However, we always do our best to add latest scores and reviews when these come to our attention. We advise customers who wish to purchase wines based simply on critical reviews to carry out further research into the latest reports.
Follow Us