During the week when the Bordeaux 2015 en primeur campaign curled up and died, when the reaction to the Brexit vote sent sterling crashing, and when England’s football team were ejected from UEFA Euro 2016 by Iceland’s part-timers, I thought I ought to talk to a man who understands all of these subjects: Stephen Browett, the likeable, straight-talking and unpretentious owner of Farr Vintners, and a part-owner of Premiership football club Crystal Palace. 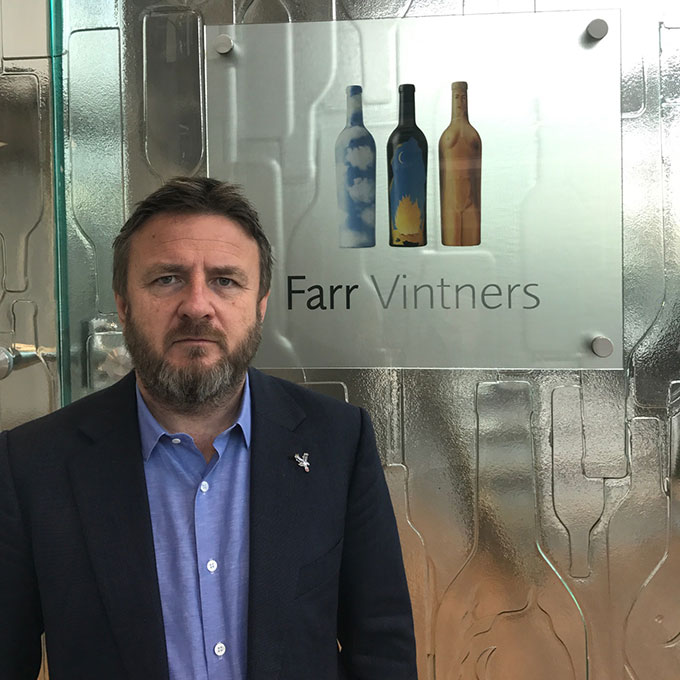 He’s the Briton who has made the second biggest personal fortune purely from wine trading, estimated to be around £85 million – though Browett himself claims never to have thought about it and to have “no idea” about how much he might be worth. (The biggest fortune is said to be that of Tony and Barbara Laithwaite, at £160 million.) Both Laithwaite and Browett, inspiringly enough, began with nothing — as van drivers. Farr Vintners, once in the ownership of Browett and Lindsay Hamilton, became the UK’s leading fine-wine broker, and has had a Hong Kong office for 20 years, too. (Hamilton withdrew from the business in 2008.) Turnover in the last financial year was £70.2 million.

Let’s begin with Brexit. Browett was, personally, a deeply committed Remain supporter, but sterling’s dive after the June 23rd vote has proved exceptionally good for business. “The Hong Kong dollar is pegged to the US dollar – and Hong Kong has been for years, and is, and will carry on being Farr’s best export market.   Consequently the weaker the pound gets, the more wine we sell in Hong Kong. We’ve had fantastic sales since Brexit became a reality and the pound plummeted,” Browett told me last Wednesday. “But we’ll have to replace that wine, and because the pound has fallen about 10 per cent against the euro, prices will have to rise by about that much.” Brexit may, in other words, be good news for well-heeled wine investors (“the sterling price of fine wine is going to move up”), but it will prove to be dreadful news for the far greater number of voters who just want a nice £5.49 bottle of wine from Tesco.

What about 2015 en primeur? Considering that it’s been the best vintage since 2010, this year’s Bordeaux campaign has, yet again, flopped. “In ‘09 we did £60 million, in ‘10 we did £32 million, in ‘11 it dropped right down to £8 million, and then in ‘12 it was £6 million. In ‘13 it was just a million. 2014 picked up a bit, with £4 million, but ‘15 is only about 50 per cent higher for us, whereas we were expecting it would be five times better if release prices had been reasonable and the pound stronger. It was a golden opportunity for the Bordelais to show that when a good vintage comes along, then en primeur really does make sense. But only about ten châteaux grasped that. For the rest, the pricing has been too high.”

Why does Bordeaux keep mis-pricing each new campaign? “Most châteaux nowadays are owned by multinationals, or insurance companies, or the super-rich, so it’s not a problem for them to sit on stock. With interest rates so low, it doesn’t cost them much. And the négociants will buy their wine even if they can’t sell it. So there’s not a lot of incentive for châteaux to get the price right — but it’s a big mistake, I believe. They really need the consumer to be buying the wine, and for the wine to go off the market.” 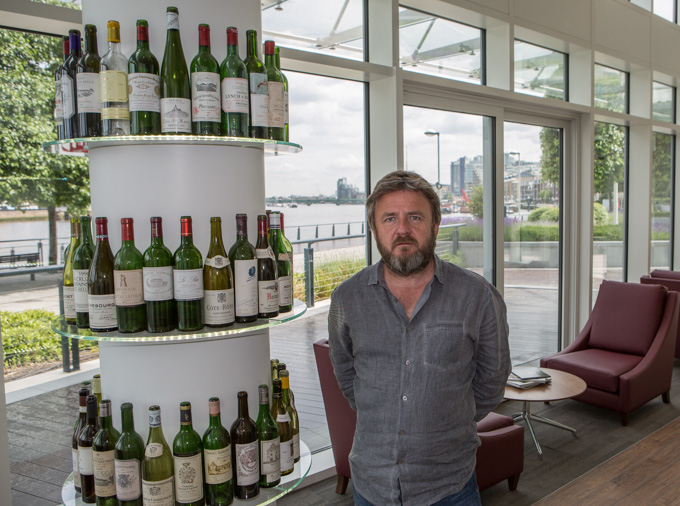 This was also the first good-to-great vintage not to be scored by Robert Parker: did that make a difference? There were, after all, high scores aplenty, notably from James Suckling. “In the past, if it got a Parker top score, it sold well whatever the price was. Now it has to have value as well. The first growths haven’t sold very well this year, with the exception of Margaux, which was most people’s wine of the vintage, and the famous super-seconds haven’t done well, either. We’ve sold more Grand-Puy-Lacoste at £500 this year than we have of Cos, Ducru, Las Cases, Pichon-Baron and Pichon-Lalande put together. You could argue that a super-second at a third or a quarter the price of a first growth is a bargain, but the ones in the next division down, like Grand-Puy-Lacoste, Canon or Rauzan-Ségla, at half the price of the super-seconds, are the best deal of all. The people who are buying this year are not interested in trophy wines; they’re interested in value for money. No one is buying for investment any more.”

How does Browett rate the new generation of post-Parker scorers? “James [Suckling] wanted to come out quickly, first, and he wanted to get the headlines, and I think most people would agree that he over-estimated the wines. Neal [Martin] has the advantage of theWine Advocate umbrella, but he’s very respected as well, and I think he did a good job. He’s certainly got a British palate rather than an American palate; his tastes coincide with mine a lot more than Parker’s did. Galloni’s very good, but he’s not very important for the British market. People don’t know who he is yet. It’s still the Advocate score which is number 1, but it’s not quite as powerful it was when it meant Parker.”

Bordeaux isn’t as significant for Farr Vintners as it used to be a decade ago, but it still accounts for about 70 per cent of everything the company sells. “Bordeaux makes the best wine in the world, and it makes it in quantity, too. Burgundy can never be more than 10 per cent of our turnover. There aren’t 10,000 cases of Richebourg made every year. There are 10,000 cases of every châteaux producing top Bordeaux.”

Since Farr is a broker, that means that most of the Bordeaux it sells comes from the Bordeaux place, whereas almost all of the Burgundy and other wines it sells are traded second-hand, having been purchased from importers, retailers or collectors. This has led to many accusations down the years that the company has prospered through no more than ‘cherry-picking’. Others do the hard work finding and nurturing young growers; Farr just creams off and trades the most desirable wines.

“It’s true,” acknowledges Browett. “But that’s what customers want. They want the best-value wines, and those wines change, year by year. We’ve always had the view that with every vintage that comes along, you have to look at the wines and cherry-pick those that you think are the best. That’s the advantage of the négociant system in Bordeaux; you can do that. Whereas if you’re a Burgundy importer, you have to take every wine, every year. Sometimes it’s better to cherry-pick the best wines second hand rather than buy across the board. There’s nothing wrong with cherry-picking; it’s what having a palate and having an opinion is all about.”

Why does Browett think he (and his company) have been so successful? “I think ‘transparency’ is a good word. Low margins; fast turnover; taking out the fuddy-duddy, old-fashioned approach. ‘Just get on with it’ is my motto. Don’t have lots of meetings; don’t get involved in waffle; don’t get tied up in the little things. Focus on the right wine and selling it at on a modest margin. Find the people that want to buy.”

Having known Browett both personally and professionally for a quarter of a century, I’d suggest that he’s a natural trader, one who would have flourished in any commercial environment he enjoyed: clear-sighted, quick, pragmatic, and gifted with an intelligence which simplifies and sees to the essentials rather than complicates and gets lost in distractions. He’s also a sensitive and now hugely experienced Bordeaux taster whose tasting foundations were built on an enthusiasm for British real ale (another alcoholic beverage of remarkable subtlety and complexity). Farr Vintners, customers report, is honest in its advice, straightforward in its trading terms, reactive and efficient with enquiries, quick to rectify errors – and well-stocked. 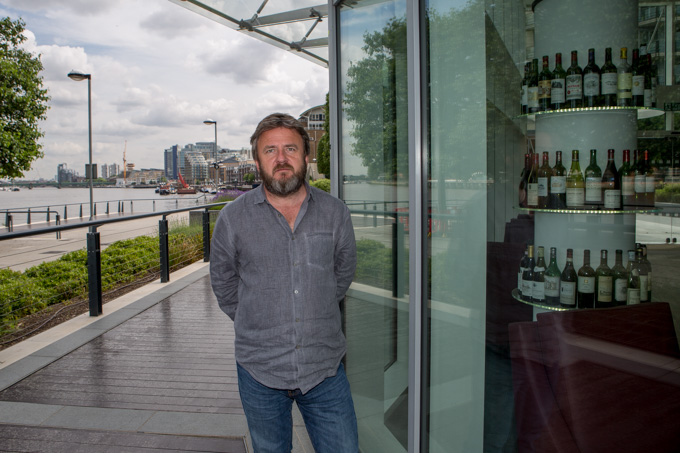 Even so, Browett points out how lucky he has been in his timing. “I joined Farr Vintners in 1984 – when the 1982s were about to be physically released. That was the vintage which changed everything – Bordeaux had produced crap wine for the previous decade. So as a young 24-year-old I came along at exactly the time when Bordeaux was fashionable again. Then after Lindsay (Hamilton) left in ’08, along came two amazing vintages like ’09 and ’10.”

Nor did his luck stop there. It was in May 2010 that Browett and three other investors came up with a deal to save Crystal Palace FC (the soccer team he has fervently and physically supported, home and away, since childhood). At that stage, Palace was in administration, at the bottom of Britain’s second league, and on the verge of liquidation. The consortium of four co-owners took control on June 1st. This should have been a highly efficient way for Browett to dissipate his wine fortune – yet Palace has thrived under the consortium’s control, winning promotion to The Premier League in 2013 and cementing its place there over the following two seasons (there are, moreover, three Palace players in the outperforming Welsh Euro 2016 team). During the last season, a number of Palace shares have been sold to American billionaires Josh Harris and David Blitzer – which meant that, much to his own surprise and despite retaining a shareholding in Palace, Browett has made more money from football than from wine trading over the last five years.

The two businesses are externally very different – but there are similarities, Browett notes. “You still need the same attitude of having opinions and sticking by your opinions and not being swayed by what other people do. If you buy a football club and money doesn’t matter, it usually doesn’t work out. But if you do it from the heart, it usually works. You need your trading instincts, and it needs to matter to you. Unless you’re Manchester United and can buy the finished article, you have to buy based on what your scouts see as potential. When you buy a 21-year-old footballer from the lower leagues, you’re buying Grand Puy Lacoste rather than Lafite. Manchester United buys a great vintage of Lafite and puts it straight in the team. Palace buys a Grand Puy Lacoste and hopes that, on the pitch or in the glass, it might turn out to be as good. The top-scoring player for this season’s Premier-League-winning team Leicester City, Jamie Vardy, was playing non-league football for Fleetwood Town five years ago. It would be nice to discover a wine like that, wouldn’t it?”

This atricle originally appeared on decanter.com.