View all vintages of this wine | View all wines by Yquem 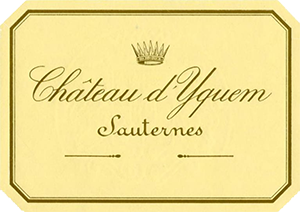 There is no other wine in the world like it, and there is no other luxury wine that can possibly justify its price as much as Yquem. The remarkable amount of painstaking labor necessary to produce the nectar known as Yquem is almost impossible to comprehend. This is a fascinating effort. With greater evidence of botrytis than the colossal 1983, but less power and alcohol, the 1986 Yquem tastes reminiscent of the 1975, only more precocious, as well as more concentrated. Several highly respected Bordeaux negociants who are Yquem enthusiasts claim the 1986 Yquem is the greatest wine produced at the property since the legendary 1937. Its enthralling bouquet of pineapples, sauteed hazelnuts, vanillin, and ripe apricots is breathtaking. Compellingly concentrated, the breadth as well as depth of flavor seemingly know no limits. This full-bodied, powerful, yet impeccably balanced Yquem should provide memorable drinking for 40-55 more years. Like the 1983, this is another winemaking tour de force. Anticipated maturity: 2000-2040.

98
Robert Parker, Bordeaux Book (3), November 1998
Please note that these tasting notes/scores are not intended to be exhaustive and in some cases they may not be the most recently published figures. However, we always do our best to add latest scores and reviews when these come to our attention. We advise customers who wish to purchase wines based simply on critical reviews to carry out further research into the latest reports.
Follow Us